SxSW has come and gone again, and aside from the usual case of SxSARS, I've weathered it quite well. Saw lots of great talks & bands, and feel generally inspired to create things. Woot!
One of my big goals every year for the music festival is to find new artists that I am totally in love with, and who I wouldn't have found any other way. Josh Pyke was one such find in 2009, as was Danny Malone in 2010, and Baths in 2011. My preparations for the festival are borderline OCD: I download the torrent and listen to every song (not all the way through, unless I love it). Then I rate them, enter them in a database, cross reference the show lists (like do512.com), and make it to as many as I can.

I've been doing this same thing for several years, without much variation. But! This year, the big change was Spotify. Not only can I easily listen to entire albums by bands on my list (to see if it's really my thing), but I can also share my finds with others. So behold, all 3 of you in the world who care what music I like: my full SxSW 2012 Picks playlist on Spotify. (This is the "3 star & above" list).

This year, my favorite new find was Emperor X (and yeah, I'm a little late to the party). After falling deeply in like with his track in the torrent, I tracked him down to a random bike shop parking lot in Austin. His set sort of blew my mind. It's like frenetic pop/folk meets GBV-level songwriting, with lyrics that evoke an ambiguous near-future sci-fi universe. It really feels new and exciting, and I want you to go listen to a lot of it. 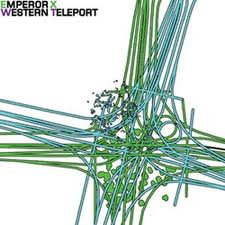 I also made two other discoveries this week:

1. Delicate Steve. I first heard a track by them in last year's torrent and thought "Hey, neat". When I heard another song in this year's torrent that I liked even more, I made a point to see them. And holy crap! They make really awesome music. I can't really explain why I find it so magnetic. Listen on Spotify. 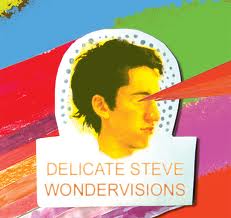 2. The Belle Brigade. I can't say I found them using my aforementioned OCD technique, though they did indeed have a song in the torrent. But no, I found them via my other (and generally more reliable) technique: getting suggestions from my wife, who has a much better radar for good new music than I do. The Belle Bridgade sounds like a more pop/rock Indigo Girls; it's a brother/sister duo, and the lead songwriter (the sis) switches off between guitar and drums (which she rocks incredibly hard). Listen on Spotify. 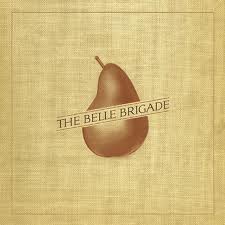 I'm aiming to get all of these on vinyl (because as awesome as Spotify is for prospective listening, it doesn't really funnel much cash to the artists, which is an important thing to do if you want them to keep existing). So don't forget to do likewise if you like it.
Posted by Ian Varley at 3/18/2012 10:16:00 PM