I got my first real camera in 2006. Specifically, on June 14th, 2006; I know this because prior to then, my life was more or less undocumented. This is the first picture I took with it: 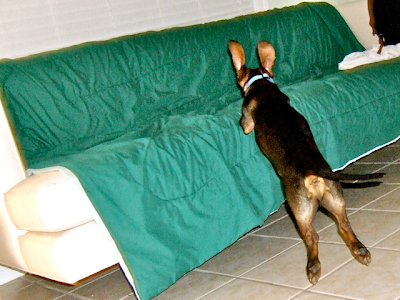 I got an iPhone.

"But wait, Ian! Doesn't the iPhone have a camera in it?" Yes, absolutely; that's the problem. I stopped carrying my awesome camera around because I didn't "need" to; I told myself that I'd just take lots of pictures on my iPhone instead. And, I did take some pictures. But the funny thing is, I didn't like the pictures, and didn't care to organize or look at them later. And, over time, I just kind of quit taking pictures.

At the same time, I switched from managing my photos on a Mac (iPhoto) to a PC, because our old Mac was groaning under the ever-increasing weight of my all these pictures (most of which were of my dog). So I moved my photos over and started using Picasa. Big mistake! It's well engineered software, but not well designed for use by human beings; everything is convoluted and un-obvious, at least to me. So, my visual documentation languished.

No more! I've now moved back to managing photos in iPhoto on a Mac, and can now easily integrate photos from both my camera and my iPhone (which can now do fancy stuff like click focus, HDR, etc., and actually looks quite good). And I've started posting on Flickr again (here are sets from recent trips to London and San Francisco.